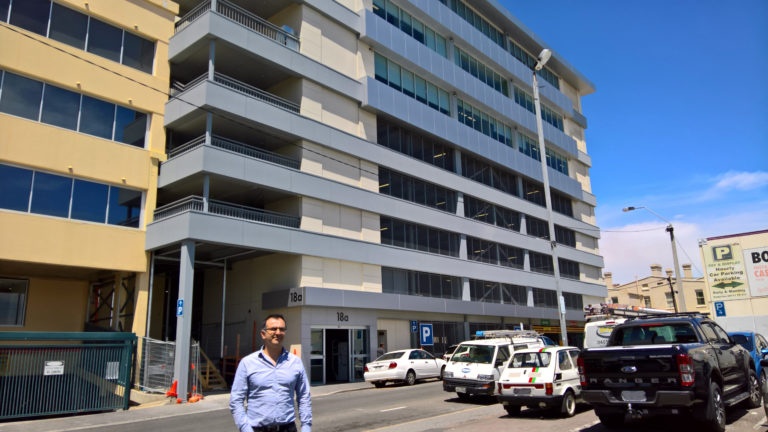 Why Hebel flooring was first choice for this Adelaide development

From a three-level car park, the project at 18A North Terrace has evolved into a modern eight level building comprising three floors of medical office accommodation above a five-level car parking facility.

The decision to use the Hebel PowerFloor+ system on a steel structure for the three floors of office space was “a no-brainer” according to Luca Group Director, Marco Iannetti.

While the car park floors needed to be concrete, we wanted to use a lighter type of flooring for the offices,” he said. 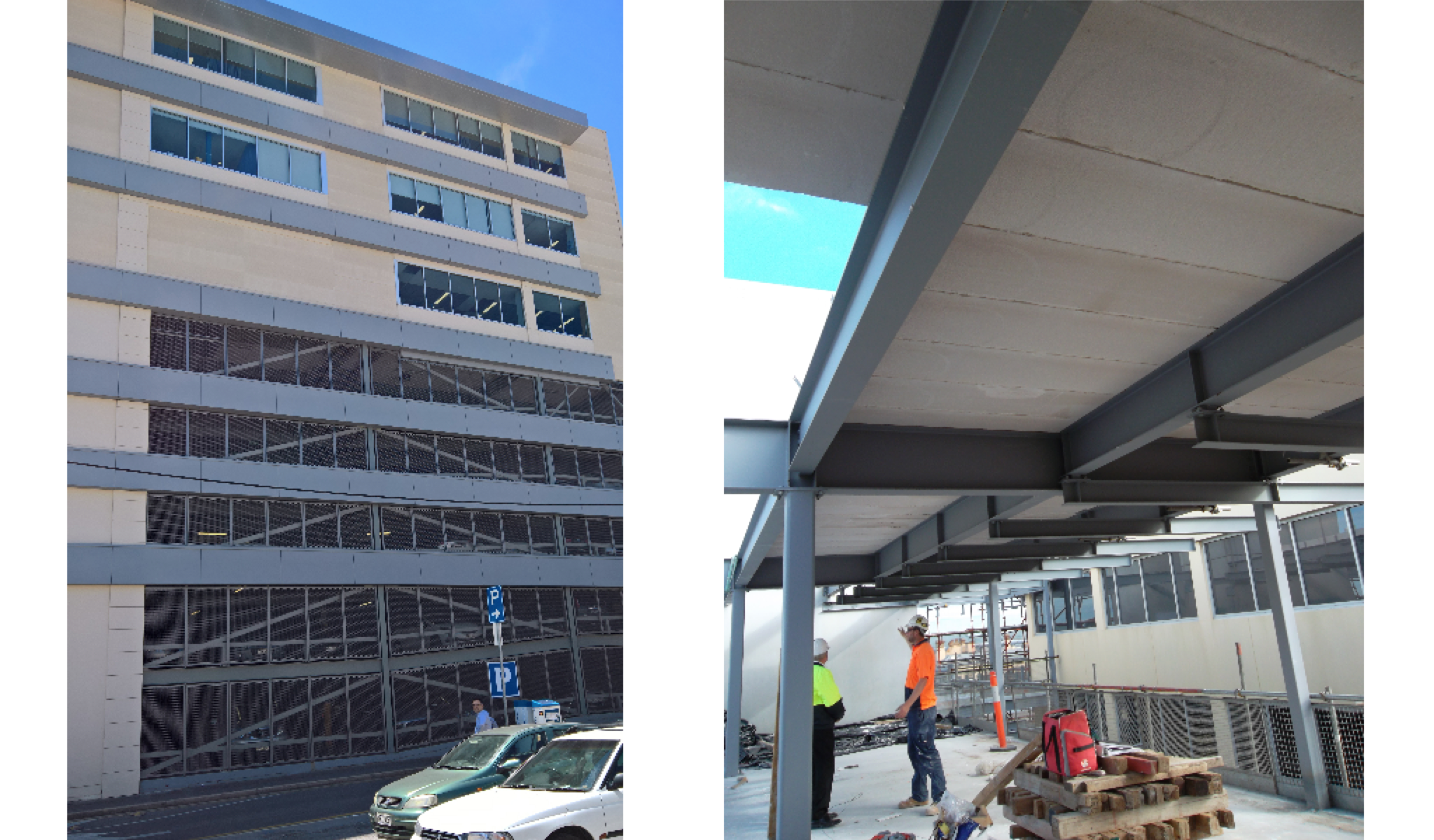 “Using other types of heavier flooring would have resulted in a line-ball decision as to whether we could construct three, rather than two, office floors because of the structural constraints of the existing building. But because of Hebel’s lighter weight, we were able to get that third floor in. As developers, it was imperative for us to maximise our opportunity, and Hebel enabled us to do that at 18A North Terrace.

“And, having already used Hebel floor and wall systems in many of our other developments, we were working with a product we already knew well and trusted.”

Established by Don Luca around three decades ago, Luca Group carries out commercial and industrial development/construction projects in the Adelaide area.

The development of 18A North Terrace, which is now completed and fully tenanted, followed Luca Group’s extension of the Adelaide Day Surgery in the adjacent 18 North Terrace building in which Hebel flooring was also used.

“The lighter weight isn’t the only advantage we’ve found in using the Hebel PowerFloor+ system,” said Marco. “There are fire rating requirements, which we not only meet but exceed by using it. The acoustic qualities are also outstanding.”

The location of North Terrace, which is one of four terraces bordering the Adelaide city centre, posed some building challenges for Luca Group but here again Hebel proved its worth.

“Over the years we’ve done more developments in the suburbs than in the city itself,” said Marco. “And while we’ve used Hebel flooring and wall systems on many developments, this was really the first multi-level high rise project where we’ve used it. In North Terrace we were working in narrower streets and with more traffic issues than we usually have to deal with.

“We were also lucky to be able to partner up with Rayner Building Supplies who are the Hebel distributor in South Australia. The help we received from them, and from CSR as well, ensured the whole project went quite smoothly.

“Overall, the cost effectiveness of the product and the relative ease in terms of getting it up there and completing the floors made for an efficient system all round.”

The process from council approval to completing the development and seeing it occupied took about nine months.

Tenants of the new building include clinical trials unit CMAX which occupies one and a half floors, Benson Radiology and Mlcoa which provides independent medical services and assessments.

Because of the location of the building near the newly opened Royal Adelaide Hospital on Port Road, and other medical establishments, Luca Group had foreseen the need to cater for medical type businesses as tenants.

“This meant that as well as wanting flooring that was quick to install, cost efficient and lightweight, we needed to be able to meet dead load capacities such as those required for certain types of medical equipment,” Marco said. “Using the Hebel PowerFloor+ system, we exceeded those requirements and were able to complete the project on time and on budget.”