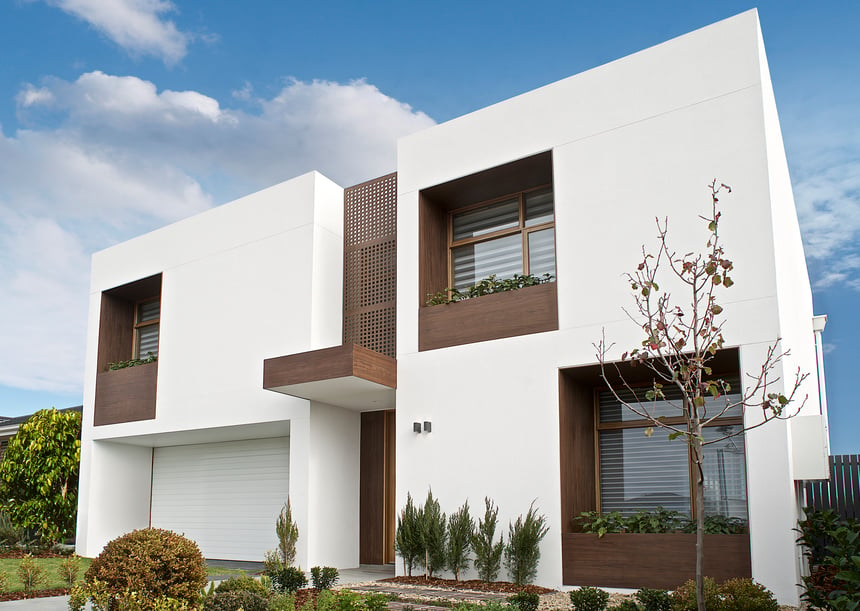 Designing and building the ideal house is a huge challenge for everyone associated with the project.

As well as looking fantastic the home needs to meet the highest standards, in both quality and design.

So when Australian House & Garden magazine held a nation-wide competition for a home that was an ideal family home, Hebel PowerPanelXL was a natural choice for the winning design.

Organised in partnership with the Bauer Group and Mirvac, the My Ideal House competition invited architects to design a project home, ideal for the demands of a family.

The winner was Sydney architect Madeleine Blanchfield, who used Hebel on both the upper and ground floors to create a home with what she describes as a “super high end” appearance while being easy and economical to build.

The home was built by Mirvac at its master-planned community, “Crest”, at Gledswood Hills in south-west Sydney. It sold at auction soon after completion.

Mirvac’s NSW Operations Manager, Shane Hannah, said the use of Hebel PowerPanelXL on the house had been “a massive advantage” in many ways.

“One of the most important things about Hebel is that it speeds up the building process,” he said. “It’s easy to use, and once it’s installed on the outside, we can start internal works before the render is applied.

“Another benefit of Hebel is that once it has been rendered, it’s waterproof. This means there is no need to have drainage holes installed throughout the build. Weepholes can be a little unsightly, especially on a front elevation, but with Hebel they are not required. With an attractive façade such as the My Ideal House project, this was an important consideration.” 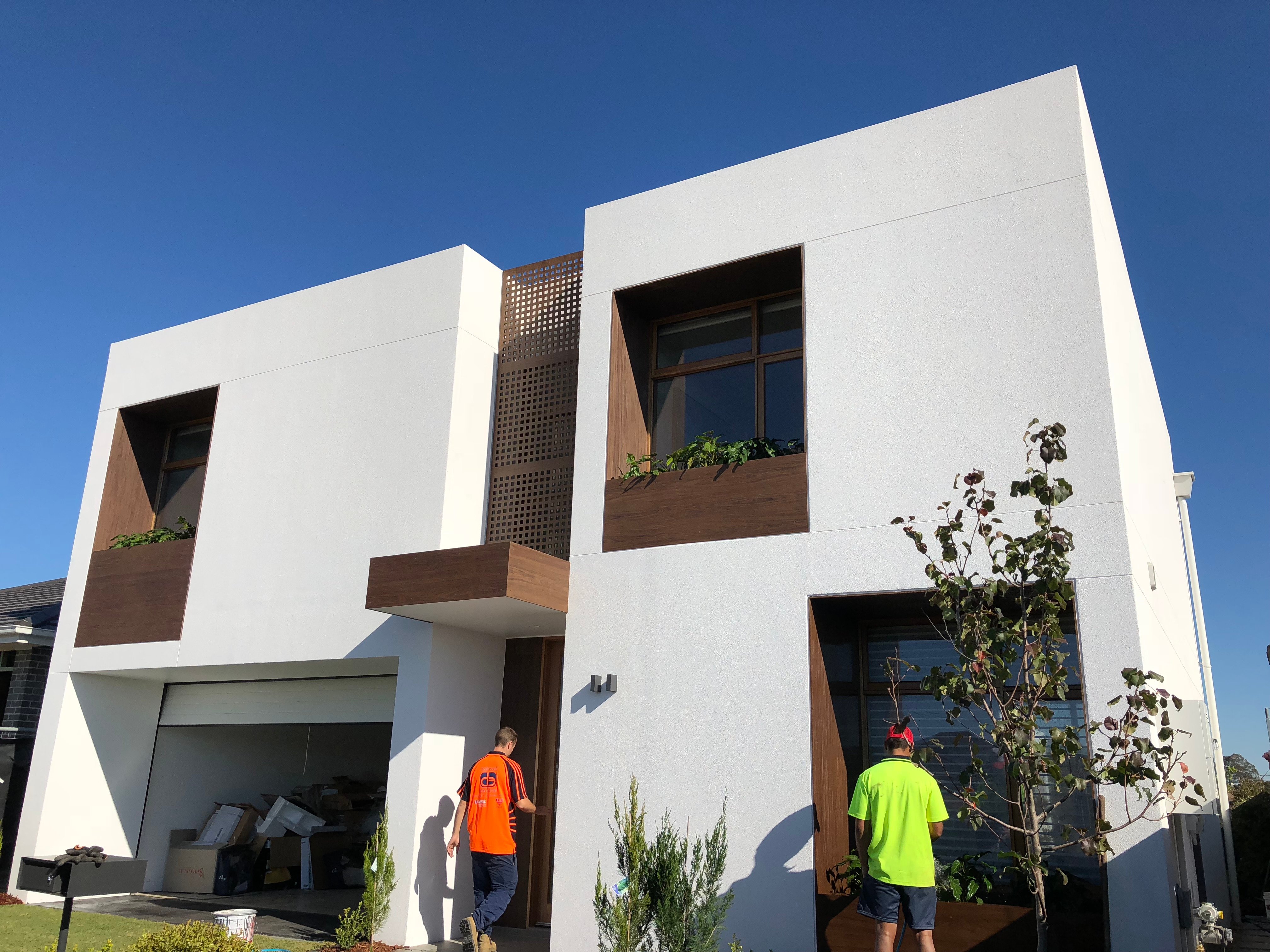 My Ideal House, project by Mirvac

From a builder’s point of view, the Mirvac team has also found there are important Health, Safety and Environmental (HSE) advantages to using Hebel on a project.

“When we use Hebel, we don’t have to store a lot of material on site and it requires fewer tradespeople,” said Shane. “We regard HSE as our top priority, so using Hebel is also a huge benefit for us in that respect.”

He added that the homeowner, would benefit from the high thermal and acoustic performance of Hebel.

The progress of the build and the finished product were all that everyone involved had hoped for, including the winning designer.

“I’d worked with Hebel before, although I had never done a whole house using it,” said Madeleine Blanchfield. “But with My Ideal House, we wanted to achieve a level of perfection in terms of having a smooth finish while keeping control over joints and edges. Hebel was the perfect material for the look we wanted and on top of that, we know that its thermal and acoustic performances far surpass other alternatives.”

Madeleine started her own practice in 2009, after more than a decade of experience as an architect. From a one-person operation “working out of a bedroom” the business has grown to a team of eight, based in Paddington.

The firm’s strong focus on building carefully crafted homes led to the decision to enter the My Ideal House competition.

“We wanted to impart some of the things that we’ve learned over the years,” said Madeleine. “For example, some spec builders construct particular designs the same way regardless of whether the sites face east or west, or whether the blocks have other different qualities. We wanted to address the fact that the components of a house can be adjusted to make the most of its individual site, and also to personalise the home. 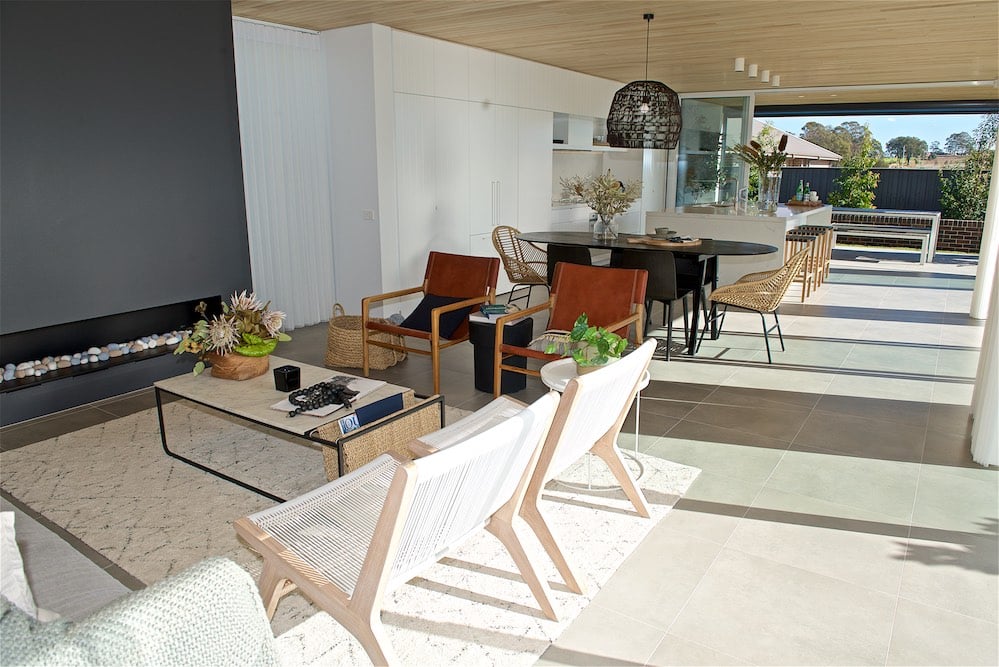 “We were able to design a house that could be built quickly and economically, making the most of the space by not having unnecessary hallways and such things, while including features like full height glazing and big outdoor covered areas.”

Using Hebel helped the designers of My Ideal House in a number of ways.

“Hebel gave us the look that we wanted with minimal mixing of trades, as well as the benefits of its high thermal performance,” said Madeleine. “I spent some time in the house after it was completed and it really works. It holds the heat in winter and it feels extremely solid.

“Hebel was also the best option in terms of speed of construction. It was amazing to see how quickly it went up.

“Overall, we were very excited to achieve the look of a super high end house with products that are very quick and easy to use. It’s a great outcome.”

Thinking of building your home with Hebel?

Download our flipbook and discover why Hebel is a beautiful way to live.