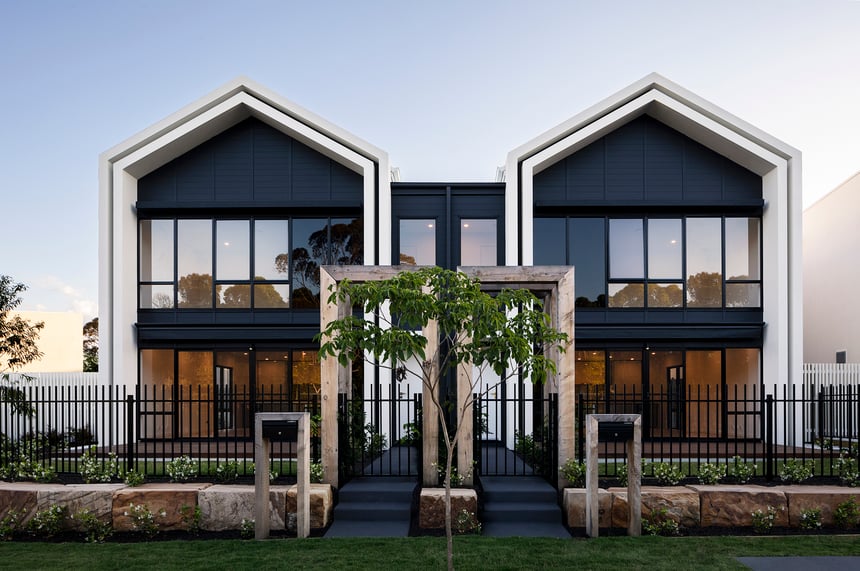 Residents reap the benefits of Hebel in stylish Sydney townhouses

Sydneysiders know a top-rate product when they see one – especially when Hebel is part of the package.

That’s why buyers were swift to snap up every home in this stunning new terrace development on the northern beaches and are now enjoying their many benefits.

Located in Macpherson Street, Warriewood, and comprising of more than 120 contemporary townhouses in both three and four-bedroom designs, the development is only minutes from beaches, schools, shops and a variety of other recreational facilities. 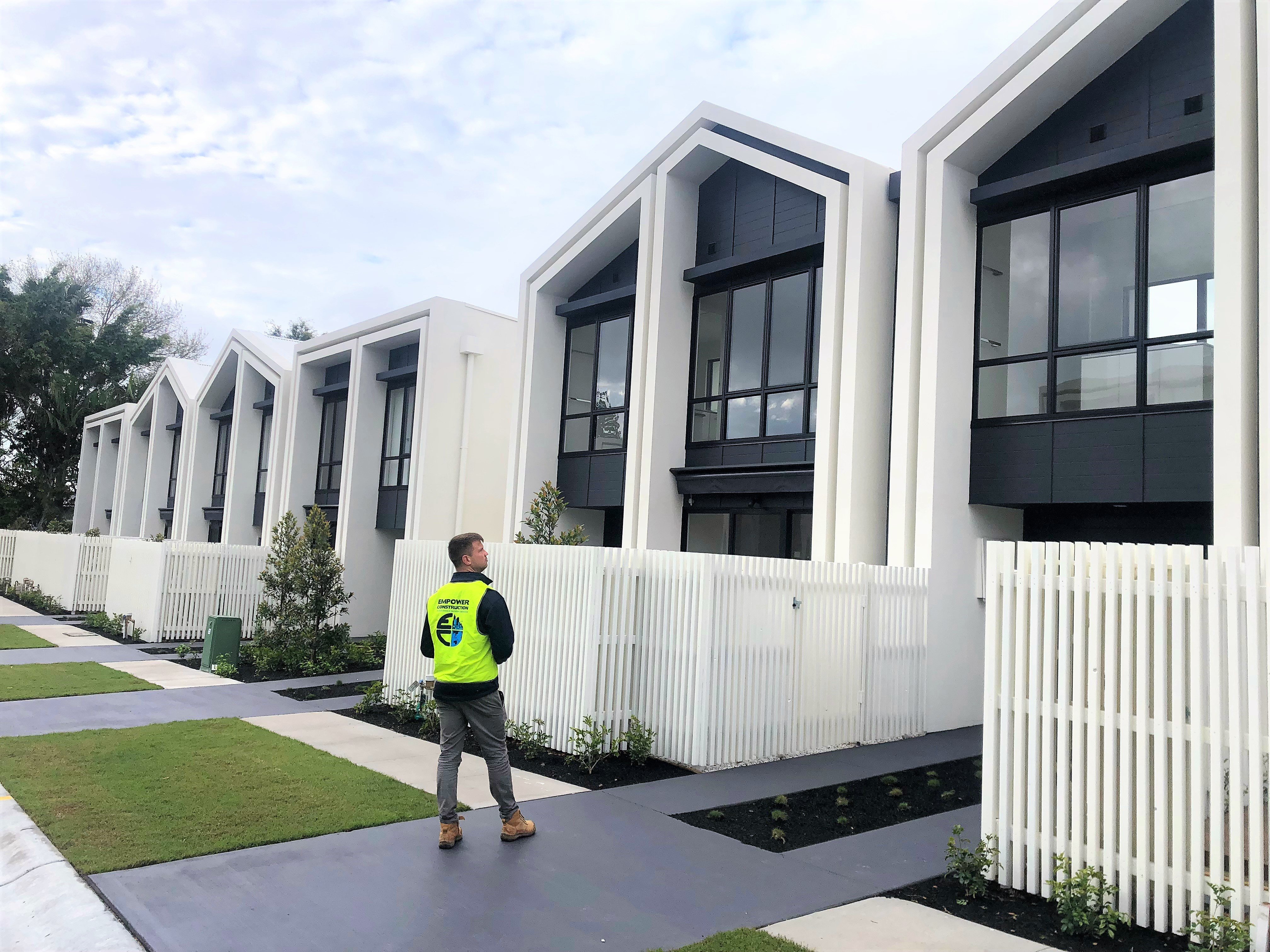 The Hebel installation work was carried out by Empower Construction of Arndell Park, whose team has built up more than a decade of specialist experience in residential cladding, rendering and painting.

NSW Operations Manager for Empower, Bryn Edwards, said Hebel was an excellent choice for the medium-density project for a number of reasons, including its speed of installation.

“The Hebel 75mm PowerPanelXL which we used for the exterior is an easy system and is good to install,” he said. “It’s lighter than some alternative methods so it goes up much faster. The Warriewood development was a very rewarding project for us because of this. The completion time from our end was actually less than expected.”

The comparatively lightweight nature of Hebel also meant that even though it was installed so quickly, fewer people were needed to carry out the job.

The Empower team’s long experience with Hebel was a valuable factor in helping to facilitate the installation work.

“I would say it’s an easy system to work with compared with some other methods, but there is of course still a process that has to be followed to get it right,” said Bryn. “We’ve built up a good relationship with Hebel over the years and have got to know the product really well, which also helped us to get the job done quickly. We pride ourselves on our speed of installation, and that’s one of the reasons we love working with Hebel, because it helps to make that possible.”

While Empower has used Hebel PowerPanelXL on a number of past projects with the Sunland Group, the Warriewood project marked the first time they had installed Hebel PowerPanel50 intertenancy walls for a Sunland development. Empower had previously been involved in the trialling of the new intertenancy system which received a warm welcome from the building industry when it was released last year.

The 50mm thick steel reinforced panel has set new standards for building efficiency in the low rise multi-residential market, as was shown by the speed with which the crew was able to install it at the Warriewood project. They were helped by the fact that the system does not require the installation of fire-rated plasterboard between floor levels or in the roof space.

Assisting with the speed and ease of installation was the uncomplicated design of the system and the minimal number of components required. 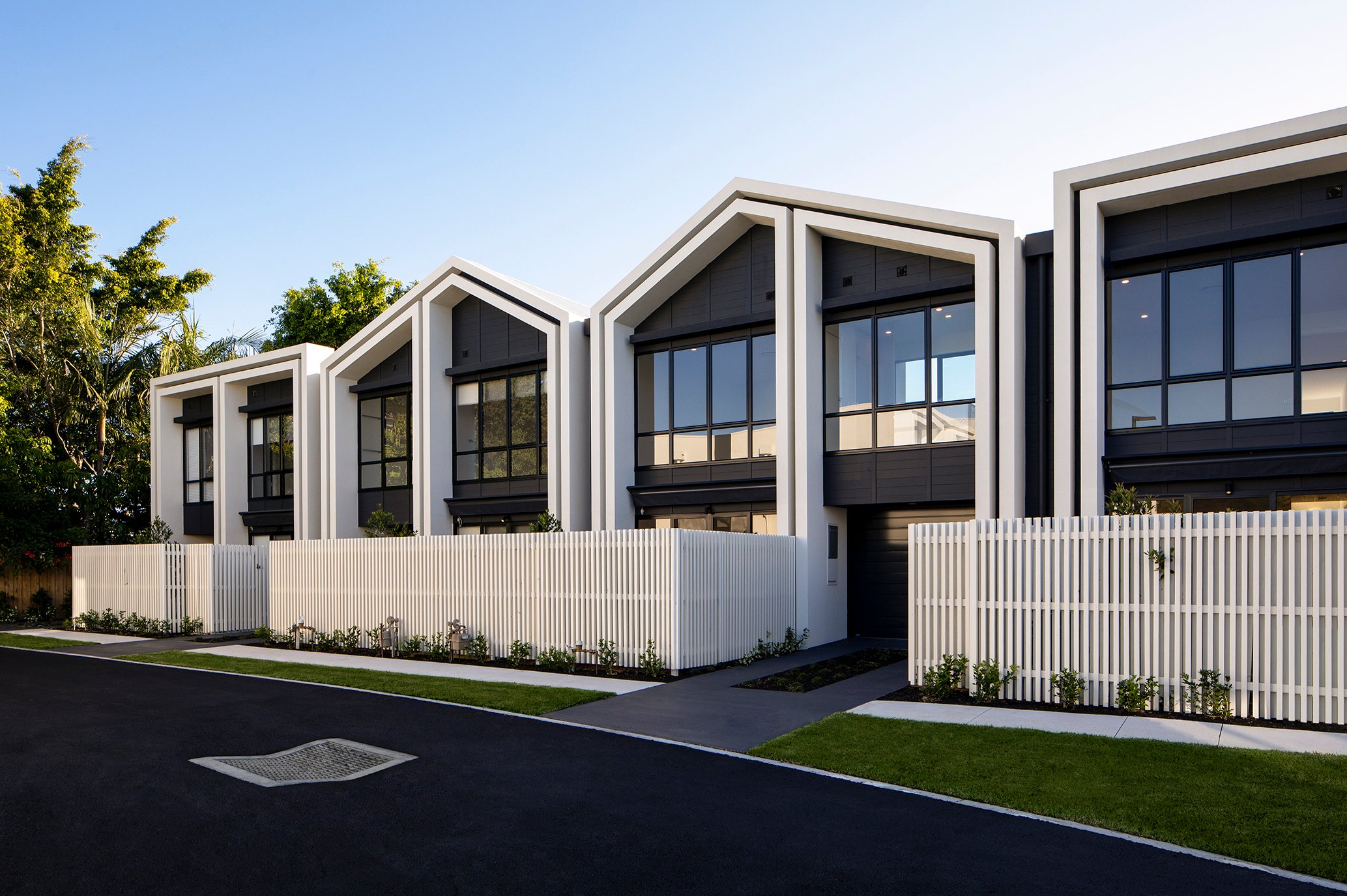 In addition to the benefits that Hebel provides for installers, Bryn agreed that it also offers major benefits for the residents of the Macpherson Street new homes. For example, the narrowness of the Hebel PowerPanel50 panel has the advantage of providing the homes with more internal floor space, along with solid and secure walls.

“And Hebel’s impressive acoustic properties are massive benefits for the people living there,” he said.

The final step of coating the Hebel PowerpanelXL external wall cladding also confirmed for the installers that Hebel was the perfect choice for the homes, a choice confirmed by the speed with which they were purchased.

“The coating of the Hebel external walls was a quick process and gave a smooth finish that everyone was happy with,” said Bryn.

“Overall it’s an impressive project and, as always, we found Hebel is a great product for a multi-residential development.”

Considering Hebel for your next project?

A Comfortable Home From The Ground Up Prev Post Building a house? Here’s a guide to choosing the right building material Next Post