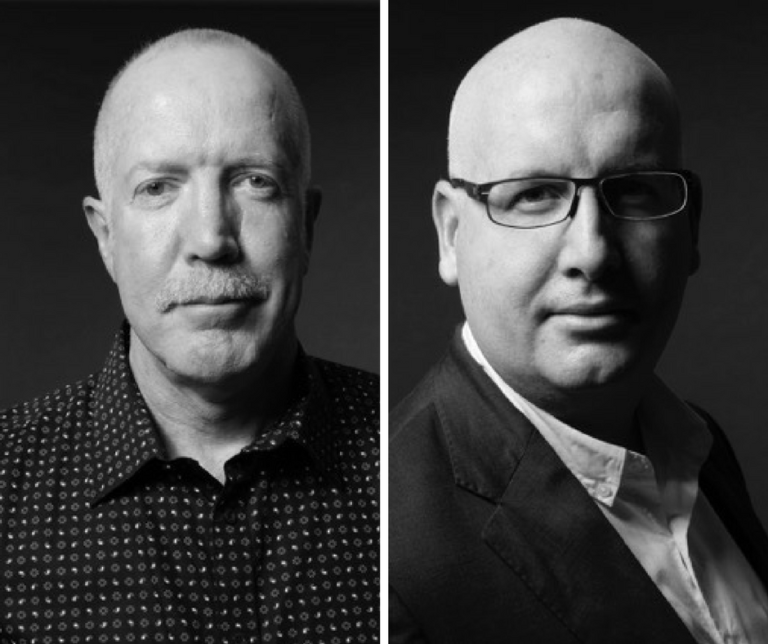 As leaders in urban design, Turner Architects are always ready to explore innovative ideas that can enhance their building projects.

The many possibilities offered by Hebel façade systems are therefore attracting increasing interest from the Turner team.

“While we have used Hebel a lot over the past few years, until recently our use was mainly for internal purposes such as intertenancy walls and corridors,” said Turner Director, Stephen Cox. “We felt its external use was more complicated, but as we’ve understood the product more fully, we’ve found we can get a very good result with it externally as well.”

Those good results are on show in various areas of the dynamic housing project known as Washington Park at Riverwood in Sydney’s south-west, where Turner have worked with the developer PAYCE, and builder Dasco, to create a vibrant new community.

The Washington Park urban renewal project was launched in 2009 on land that was formerly occupied only by social housing.

PAYCE were interested in working with the community from the inception of the project in order to build relationships with the people living there. This involved numerous community focused activities including the sponsorship of the Mathletics program at the local public school, weekly barbecue events and seed-funding for community activities.”

The first stage of Washington Park comprised the Monte and Meridian apartment buildings, which provided social housing units built to the Housing NSW standards. The first two stages of the private housing, the Como and Fairmount buildings, were then completed. These were  followed by Trinity, a hybrid building offering both social and private housing as well as community facilities.  The latest Washington Park residential stage to be completed is Lakeview, which provides private housing and neighbourhood retail facilities. 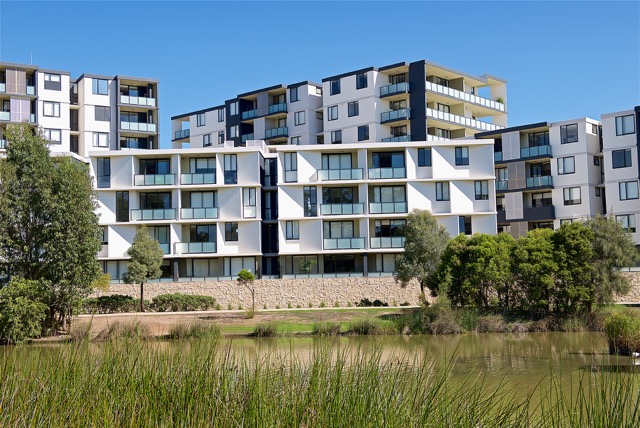 In addition to extensive use of Hebel internal wall systems in some of the buildings, Turner also opted to use it on the façade of Lakeview.

“We used a lot of brickwork in the earlier stages but due to its increasing popularity it was becoming more difficult to use it economically,” said Stephen. “So, by the time we were working on Lakeview, Hebel was investigated to give us an economic and suitable finish. The design involved angling the panels slightly between each level to achieve a play of light and shadow on the façade.”

The Washington Park development is spread over 10 buildings with a combination of social and private housing. In addition, the landscaped setting features outstanding community facilities such as the Garden Plaza hub which will be a community focal point for residents with cafes, shops, a state-of-the-art library and the opportunity for events such as weekend market stalls.

Among the other projects where Turner has used Hebel externally are the Apex apartments in Zetland’s Victoria Park complex, also by PAYCE, and the Union Balmain residential development in Rozelle.

And there are many more diverse projects in the pipeline for Turner, which has grown from a staff of eight to more than 130 since its establishment by Principal, Nick Turner, in 2001.

Senior Associate, Tony Stodart, agrees that the Hebel façade systems, with their ability to be routed both on and off site depending on the needs of a project, offer exciting design possibilities.

“For example, I was very impressed when I saw the results obtained by using Hebel on the façade of the Jewel building at Wentworth Point, another PAYCE project” he said. “I also like the fact that it can be marketed as a masonry wall, whereas this isn’t possible with some other products. We have future projects in a variety of sectors, including residential and hospitality, and we’re almost certainly going to use Hebel in them in some way.”

As well as the advantages of Hebel, such as its light weight and ease of construction, its excellent acoustic performance, sustainability and high fire rating, Turner architects have appreciated the support provided by Hebel staff for their projects.

“One of the many things we like about the product is the backup we receive from CSR Hebel,” said Stephen. “I really encourage the team to contact the Hebel technical experts so they can come and talk through the different projects onsite. This is a significant help to us.”